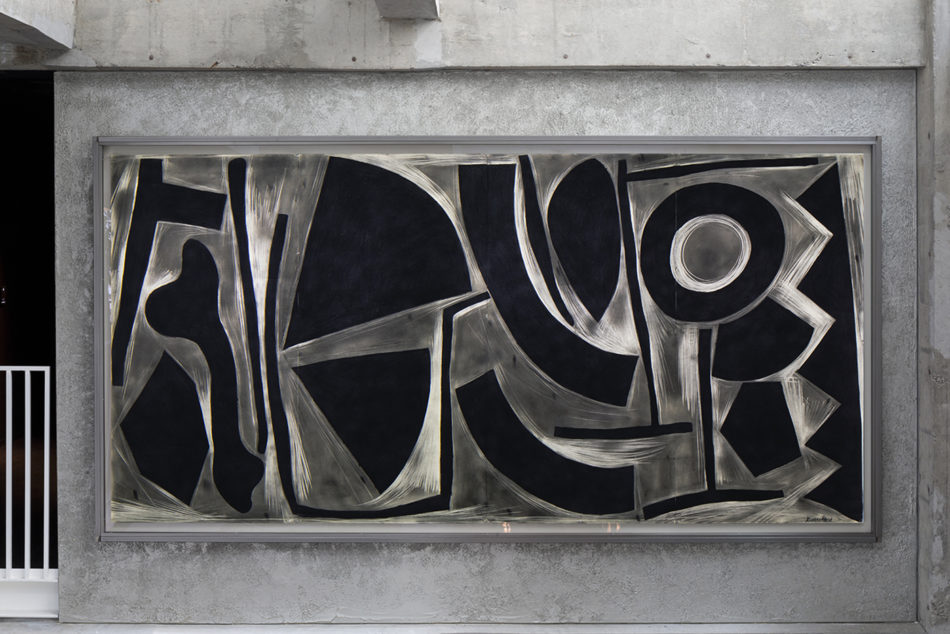 Yoshio Shirakawa was born in Kitakyushu, Fukuoka Prefecture, in 1948. In 1970, he travelled to Europe to study philosophy at the University of Strasbourg’s Faculty of Literature. He was admitted to the École nationale supérieure des beaux-arts in Paris in 1974, and graduated from Kunstakademie Düsseldorf in 1981. During his time in Düsseldorf, he was strongly influenced by Joseph Beuys’s concept of “social sculpture”. In 1983, he returned to Japan and established a new base in Gunma. Here he began creating works themed around his place of residence. In addition to his artistic activities, Shirakawa is also an energetic writer. In 1989, he accepted a new position at the Kitakanto Art Academy, which operated in Maebashi from 1976 to 1999. He has been based in Maebashi since then.
The Kitakanto Art Academy contained exhibition spaces as well as classrooms, and here Shirakawa founded the organization PLACE/GUNMA to work on projects with students. He also established the school’s Contemporary Art Research Centre with Masashi Ogura as a director, and held exhibitions of modern artists such as Sarkis.

This work could be called Shirakawa’s most important work of the 1990s. Shirakawa spent most of the decade as a teacher, and the school was an important supporter of Shirakawa’s activities. Unfortunately, most of the work he created during this time no longer exists, which makes this work an important historical source for that period. The title, Cycle – World, is a symbolic concept often used by Shirakawa at the time. The circle motif has been an important theme for him since his stay in Europe. As he explains:

To me, the circle is not just a shape but also a thought, a concept, a structure in itself. As a result, even if that shape came into my hands, it was an inexplicable presence that would vanish if I tried to grasp its form or search for its origin. (From SHIRAKAWA, Gendai Kikakushitu, 1995)

The circle is simultaneously a motif and a course of motion. It represents a worldview in which concept, thought, and shape merge and harmonise, evocative of everything from the movement of the sun to reincarnation in Buddhism.
This work was originally presented in an exhibition room at the Kitakanto School of Fine Arts, then exhibited with sculpture of the same title in the solo exhibition Cycle – World, held at Sagacho Exhibit Space.
The work thus expressed the theme of cycles through both a three-dimensional and two-dimensional piece, but, unfortunately, the sculpture has been lost