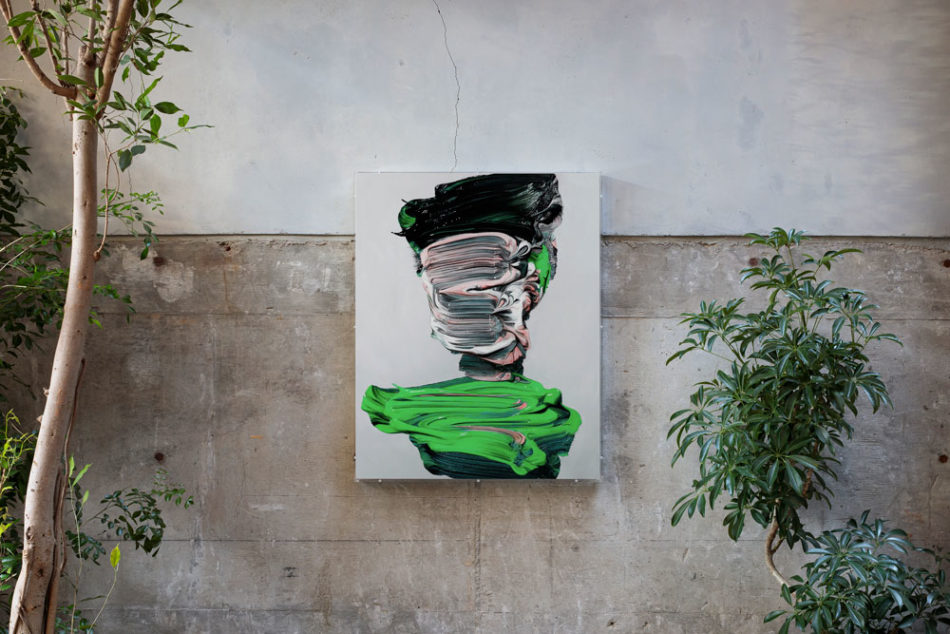 Teppei Takeda was born in Yamagata City, Yamagata Prefecture, in 1978.  After graduating from Musashino Art University’s Department of Visual Communication Design in 2001,  he returned to Yamagata in 2005 and studied resin and woodworking at   He opened his atelier in the same year and began painting with his current concept in 2013. After more than ten years of private work, he held his first solo exhibition, Painting and Painting, Painting and its Painting  (Kuguru, Yamagata) in 2016. In 2019, he held a solo exhibition at Maho Kubota Gallery and published his first book, Paintings of Paintings (United Vagabonds), which attracted much attention.

As a painter, Takeda takes paintings themselves as his subject. The moment when the paint on the brush is felt to fit the canvas, creating the ideal colour and pictorial form, is indescribable for any artist. Similarly, viewers of a finished painting imagine the gestures behind its brushstrokes, mesmerised by the idea of the painting being completed through repetition of irreplicable moments. Although Takeda paints portraits, the most orthodox genre in painting history, his work is so abstract that his subjects cannot be identified. At first glance, his pieces seem to be the result of applying masses of oil paint to the canvas in big, rapid brushstrokes before it dries. However, closer inspection reveals that every element is executed in precise detail. For Takeda, the process of creation involves painting twenty to fifty similar images, selecting one from among them, then exquisitely repainting it on a new canvas. As a result, his finished works are paintings of paintings already completed once. Though each work appears to have been painted in a moment, it is in fact an unimaginable accumulation of time.

Since the invention of photography, the death of painting has often been proclaimed, but Takeda’s work continues to raise questions through the very technique of painting. To view it is to interrogate the meaning of “depicting” and “seeing” and confront the history of painting itself.