In search of the roots of memory: When one’s history overlaps with the history of humankind
Behind Hiroshi Sugimoto’s “Seascapes,” the photo that greets guests at the Shiroiya Hotel lobby

What was your first impression of the renovated Shiroiya Hotel?

Hiroshi Sugimoto (hereafter, Sugimoto): I thought to myself that something exceptional had occurred. When I first heard of Shiroiya Hotel’s renovation plan, I instantly felt that it would have been much less costly to rebuild the entire building. But when I saw the completed hotel, I thought, wow, this is something.

One of the first artworks people see at Shiroiya Hotel is your photograph series “Seascapes,” decorated at the reception. What’s the backstory of this?

Sugimoto: I was told that the owner of Shiroiya Hotel, Mr. Hitoshi Tanaka, searched globally for an artwork that would best fit the hotel lobby and he eventually chose one of my “Seascapes.” I honestly think that his choice was extremely wise (laughing). I am very humbled.

The standard procedure is to adjust artworks’ position with that of people’s gaze, but in this case, the photograph is placed quite high (from people’s gaze). What were your thoughts on that?

Sugimoto: It was necessary to place it higher than the reception. At first, we were concerned that the light coming from the façade would be reflected in the photograph. But I made a full-scale model of the work and examined the light reflection from every possible angle. As a result, I think we managed to place it in a position that looks beautiful from any possible angle. 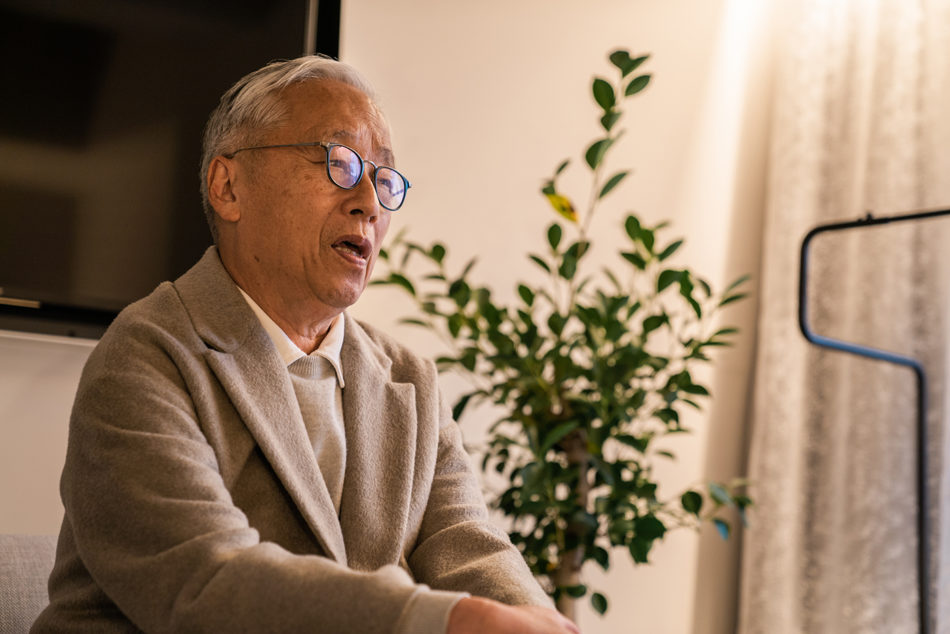 There are multiple artworks in the “Seascapes” series but you chose “Sea of Galilee, Golan” for Shiroiya Hotel. What was the reason behind this?

Sugimoto: The Sea of Galilee (in northern Israel) is known as the miracle place where Jesus walked on water. It bears the name “sea” but it’s, in fact, a very calm freshwater lake. It’s a somewhat mysterious place. You’ll find the lake hidden in a large forest in the middle of the desert. At about 30 meters above sea level, the atmospheric pressure gets high, and the entire area is surrounded by something very spiritual.

What do you think we, modern people, can gain by looking at something spiritual like this that has been around since ancient times?

Sugimoto: I think that humanity’s concern about the “future of civilization” is being put to the test. I believe this is precisely why now it’s time to reevaluate where human civilization came from. The Sea of Galilee is a place where we can still feel the ancient vitality of Jesus Christ. On the other hand, Shiroiya Hotel is a place that has been revived from abandoned grounds. In that sense, there is also an anachronistic element to it, which is why I think (the hotel’s concept and the artwork I selected) were a very good match.

How do you approach the concept of time and memory of a given land?

Sugimoto: Shiroiya Hotel is located in Maebashi, the hometown of Mr. Tanaka, which he holds special feelings for. In my case, the ocean I saw in Odawara for the first time is the foundation of my memory. There’s a sense of overlap between someone’s personal story and the history of humankind. I believe that history starts with the stories of every individual human being. In every person’s memory, the time when human beings came to be and the history of human evolution flow hand-in-hand. Human existence is not the life and death of an individual but a life circulation occurring in a much larger-scale flow. I believe that the source of vitality for artwork like “Seascapes” is where we can embark on a journey toward rediscovering our existence by thinking of these sorts of things. 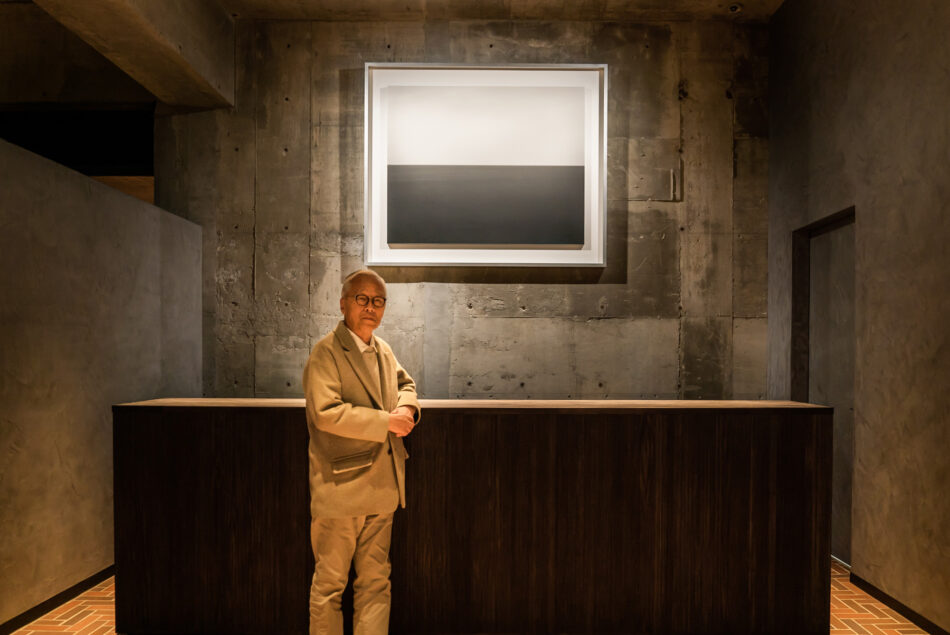 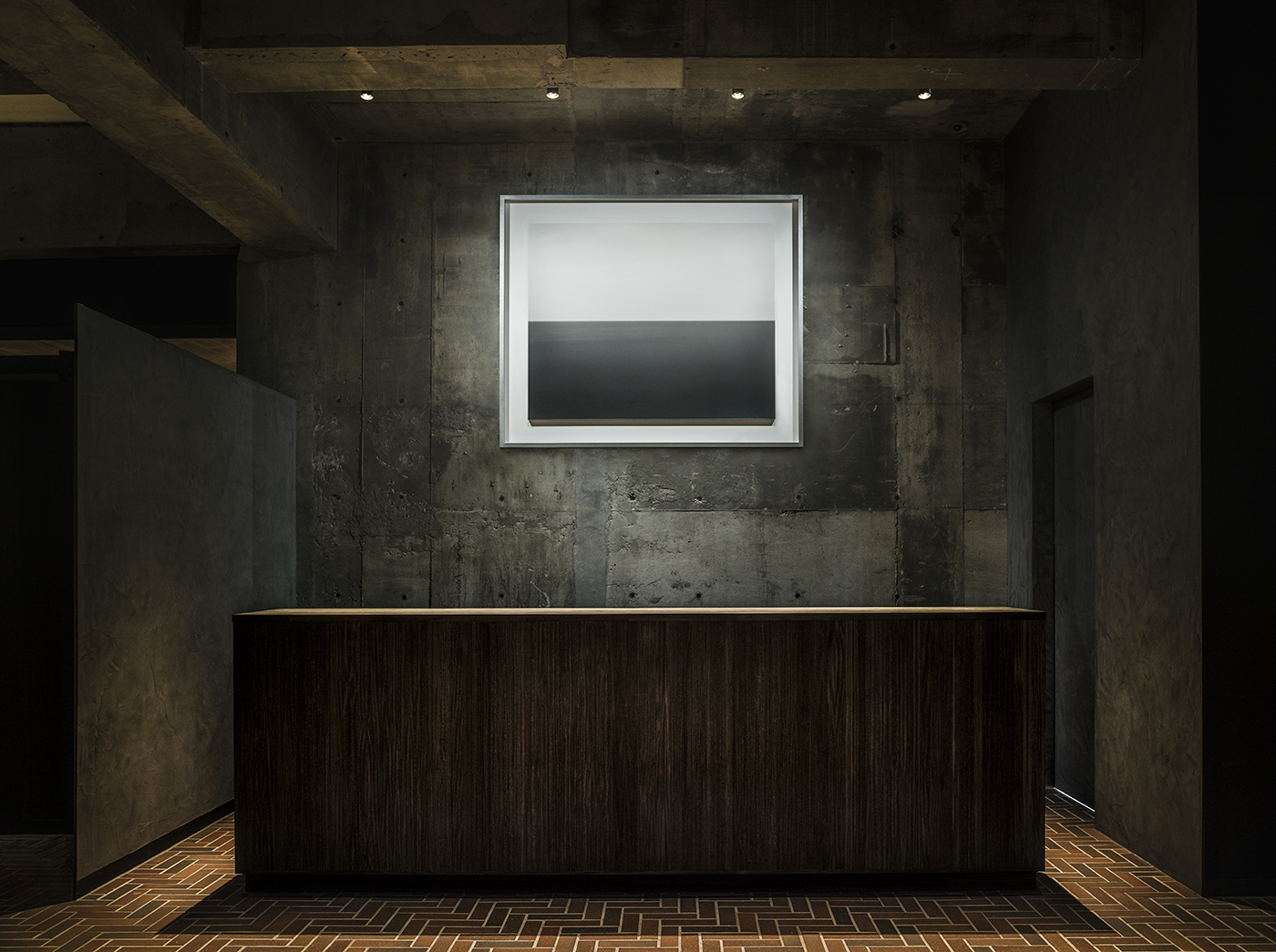