What was your first impression upon arriving in Maebashi, and how did that change as you explored the town?

“A Showa* retro town”—that was my first impression. As I wandered the streets, however, I discovered elements that were more than just old-fashioned, and realized that Maebashi is filled with intriguing elements that could only exist in a city. I now think of Maebashi as a place that is more appealing the more you explore.

What do you pay special attention to while creating site-specific works for permanent display? How does the process differ from showing works at an exhibition?

Generally speaking, when I design a site-specific work, my goal is to create a space that is unique in all the world—something that can only be experienced right there. When working on a piece for display in a museum or other “white cube” space, on the other hand, I aim to create something which will not be qualitatively different even if it is cut out of the initial space and transferred to another. This generally means self-contained works. Put another way, I strive to give site-specific works some relationship to the various elements of the space, including its context, regionality, historicity, climate, and people. 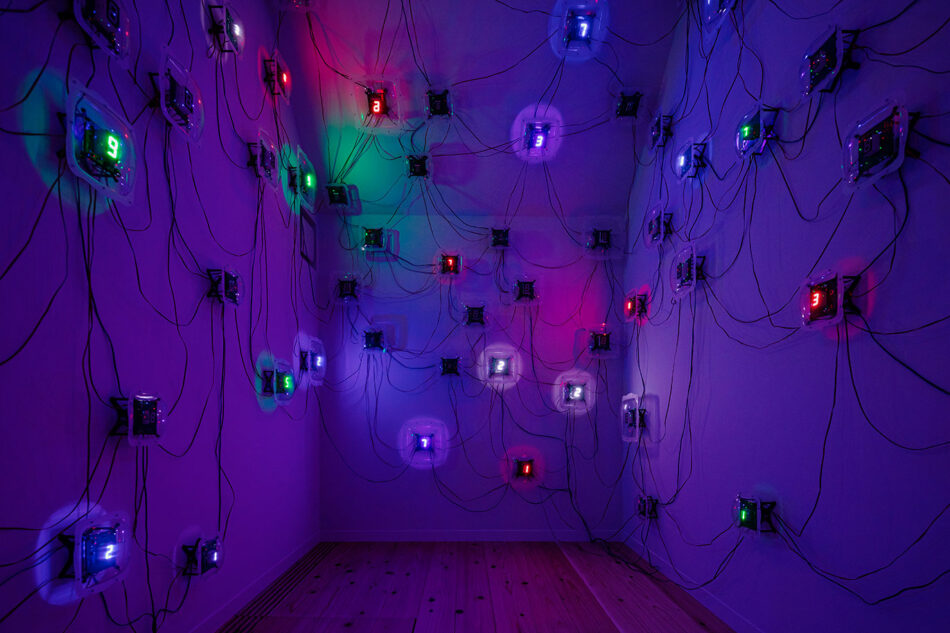 What was your thought process as you worked on the piece in the Shed at the Shiroiya Hotel?

It is quite rare for me to take an existing work and reinstall it in a new location, so I began by visiting the actual location and experiencing the space in order to firm up my conception of that reinstallation process. Because the space was surprisingly small, I determined that lowering the viewer’s perspective would widen the view. As a result, I decided it would be best for visitors to sit directly on the floor, and I chose sugi cedar materials as they would be warmer to sit on.

The work is for interior display, so I also needed to create a wall and block the windows that were already in the space. On the other hand, simply blocking the windows would have looked peculiar from outside. I came up with the idea of installing a neon piece in what you might call the surplus space. The unexpected result was that the neon piece in this window space became a kind of landmark for the site as a whole.

How do you feel looking back on the installation project, and about your work becoming a permanent part of Maebashi and the Shiroiya Hotel?

Although my task on this occasion was to reinstall an existing work, the resulting dialogue with the architecture and relationships with the city and site were a priceless experience. I hope that my work will continue to be associated with Maebashi and the site, and become a new memory, a wonderful recollection for everyone who visits the Shiroiya Hotel. 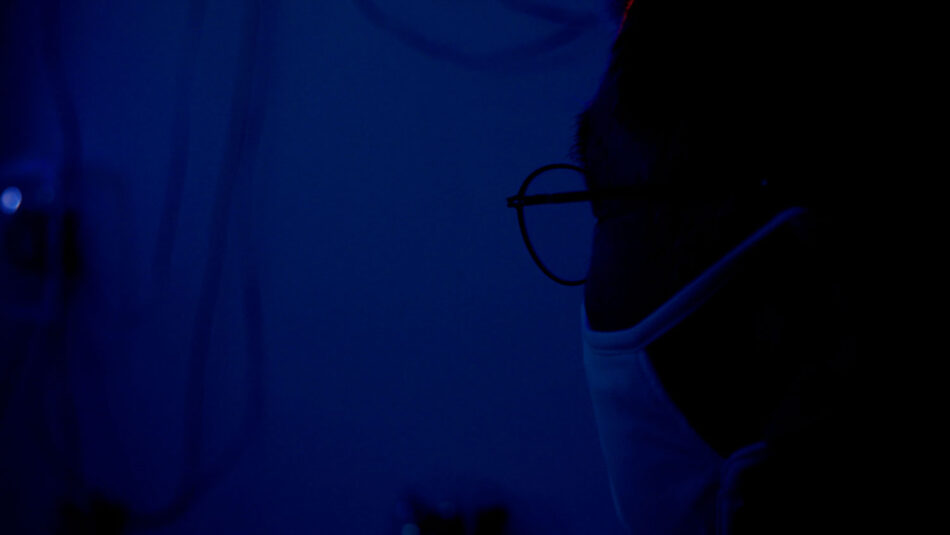 (Born 1957 in Tokyo, resident in Ibaraki.) Miyajima completed his MA at Tokyo National University of Fine Arts and Music in 1986. He was invited to the Venice Biennale as a newcomer in 1988, and attracted international attention for his works using digital figures. Since then, he has held many exhibitions and created many public artworks inside Japan and around the world. His major recent works include Connect with Everything (Museum of Contemporary Art, Sydney, 2016), Unfinished: Thoughts Left Visible (The MET Breuer, New York, 2016), Being Coming (Minsheng Art Museum, Shanghai, 2019), Sky of Time (Espoo Museum of Modern Art, Finland, 2019), Chronicle 1995–2020 (Chiba City Museum of Art, 2020). In 2020, he received the 71st Minister of Education, Culture, Sports, Science and Technology Award for Fine Arts. 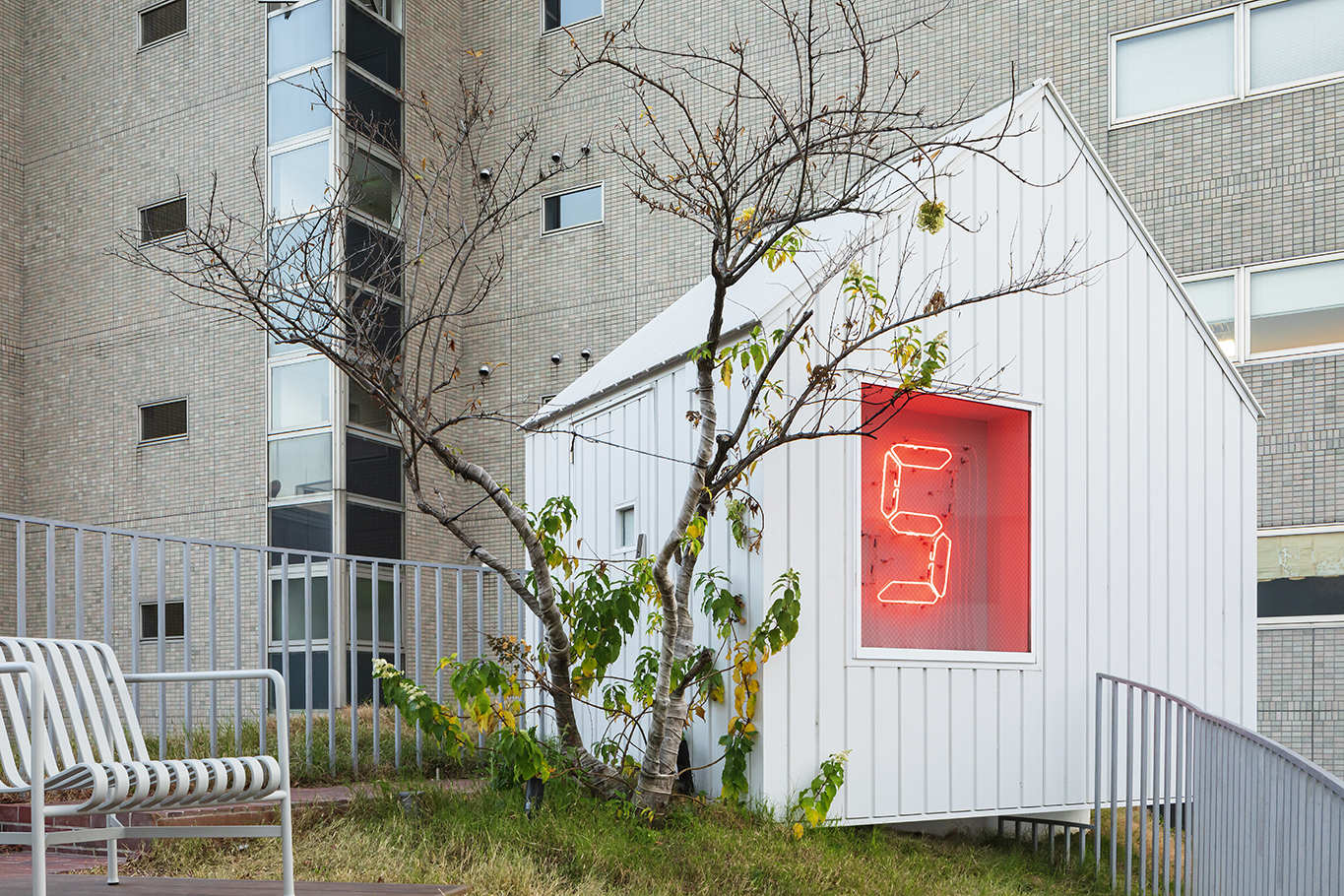